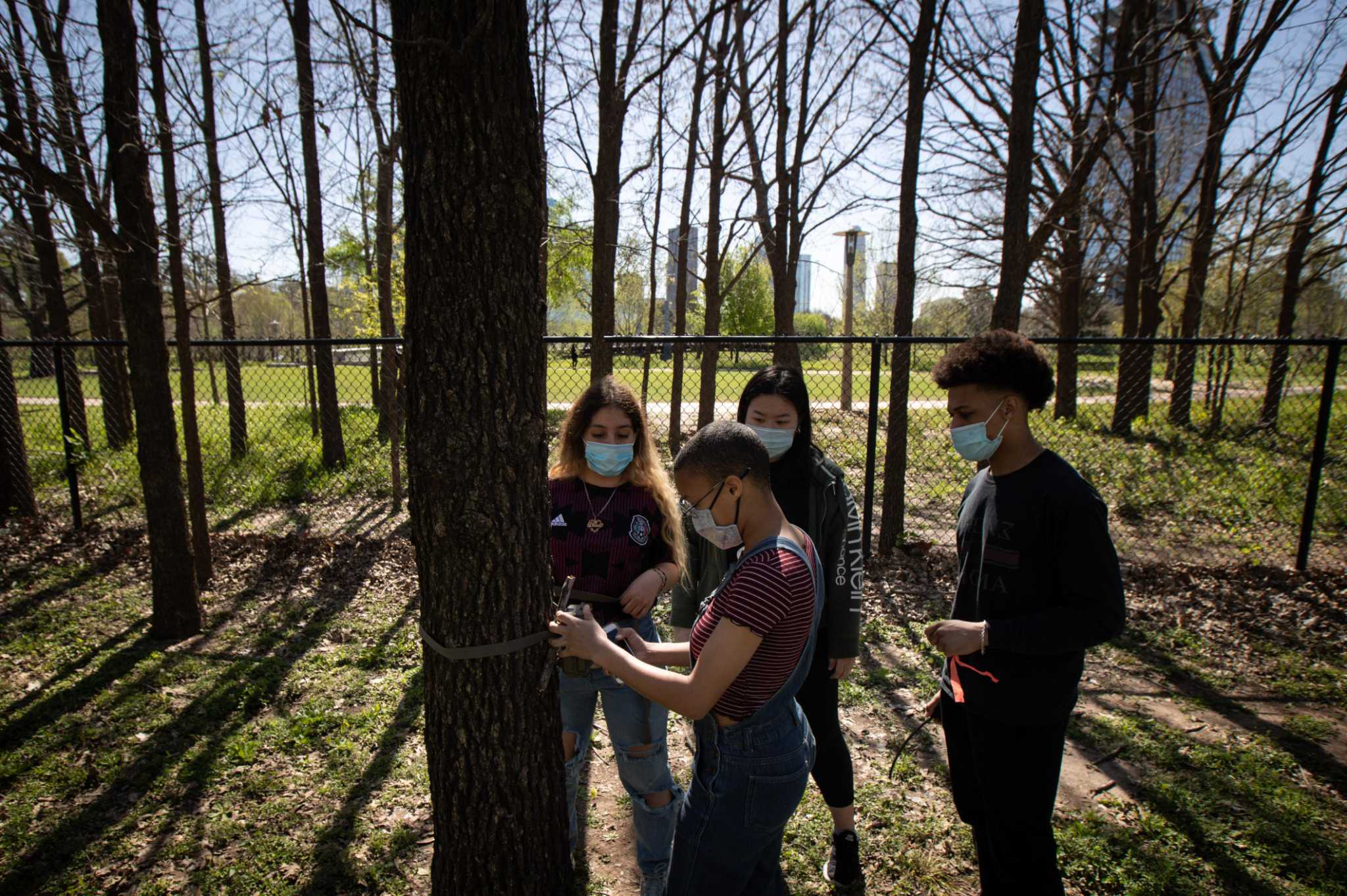 A duck waddled between the trees in Glenwood Cemetery, not far from where four University of Houston students tied their cameras to a log.

If the bird moved closer to the lens, the device would detect a change in temperature or movement, and begin taking pictures and providing data to the undergraduate research team. Their work on Thursday marked the start of a month-long investigation of wildlife in the Houston cityscape, part of an ongoing study that has already thrown surprises at dozens of students and professors from the HU.

For example: Bobcats live within the city limits. Otters too.

“I was not aware of many animal populations that existed so close to the city,” said Kaleb Barnes, UH biology officer, at the cemetery, located just over a mile from the center. -town. “It’s pretty amazing how they can inhabit the same space as us.”

Creating this awareness is Ann Cheek’s goal. And as a leader of the project since its inception in spring 2020, she helps students in three of her courses conduct research and participate in the scientific method from start to finish, through planning, data collection , data analysis and presentations to local ecologists.

“There are a lot of wild things living in the city,” said Cheek, a UH biology professor. “It’s not all concrete and people.”

On HoustonChronicle.com: 2021 has been a ‘big year’ for birding in Harris County

The research project — called “Houston’s Hidden Life— is a partnership between the university and the Memorial Park Conservatory. It feeds into a larger study conducted by the Urban Wildlife Information Network at Chicago’s Lincoln Park Zoo.

Conservation is the focus, with researchers trying to find out which species live where and whether their appearances follow seasonal patterns. Cheek’s teams share this information with environmental groups in Houston and report their findings to the Urban Wildlife Network, which seeks to determine if certain species are inherently more common in cities or if their locations are more isolated.

“This is one of the first efforts in Houston to systematically and quantitatively determine what wildlife species live here with us,” Cheek said.

But on a practical level, knowing where urban animals live can help residents manage potential conflicts and even learn to coexist, said teaching assistant Saul Acevedo, who holds a Ph.D. candidate in biology.

“It makes people aware of wildlife in general,” he said. “How can we help these communities thrive? »

On HoustonChronicle.com: Students can learn to fight health inequities in new University of Houston program

Urban ecology is a newer field, Cheek added, but researchers have already found that certain animals such as squirrels or rabbits live in cities because they provide refuge.

“Some animals do very well in cities because when they move through our man-made habitat, they are potentially protected from predators,” Cheek said.

His students currently use 28 cameras to study the same number of urban spaces for one month at a time – January, April, July and October, the same months studied in other partner research groups across the country, he said. she declared.

The goal is to eventually have 50 cameras in Houston. They now stretch from Memorial Park to the UH Coastal Center, populating cemeteries, undeveloped natural areas, parks and golf courses.

Some of the animals already counted are easy to guess: squirrels, opossums, raccoons and coyotes.

Others aren’t: The Bobcats aren’t found in every city, but some live outside of Houston’s ring road. Feral pigs have been found in Clear Creek. And to spot an armadillo, Cheek suggests checking out the thickets in Memorial Park.

“Especially with the fact that Houston is so urbanized … seeing coyotes and bobcats running around is cool,” said Taylor Roy, chief biology officer.