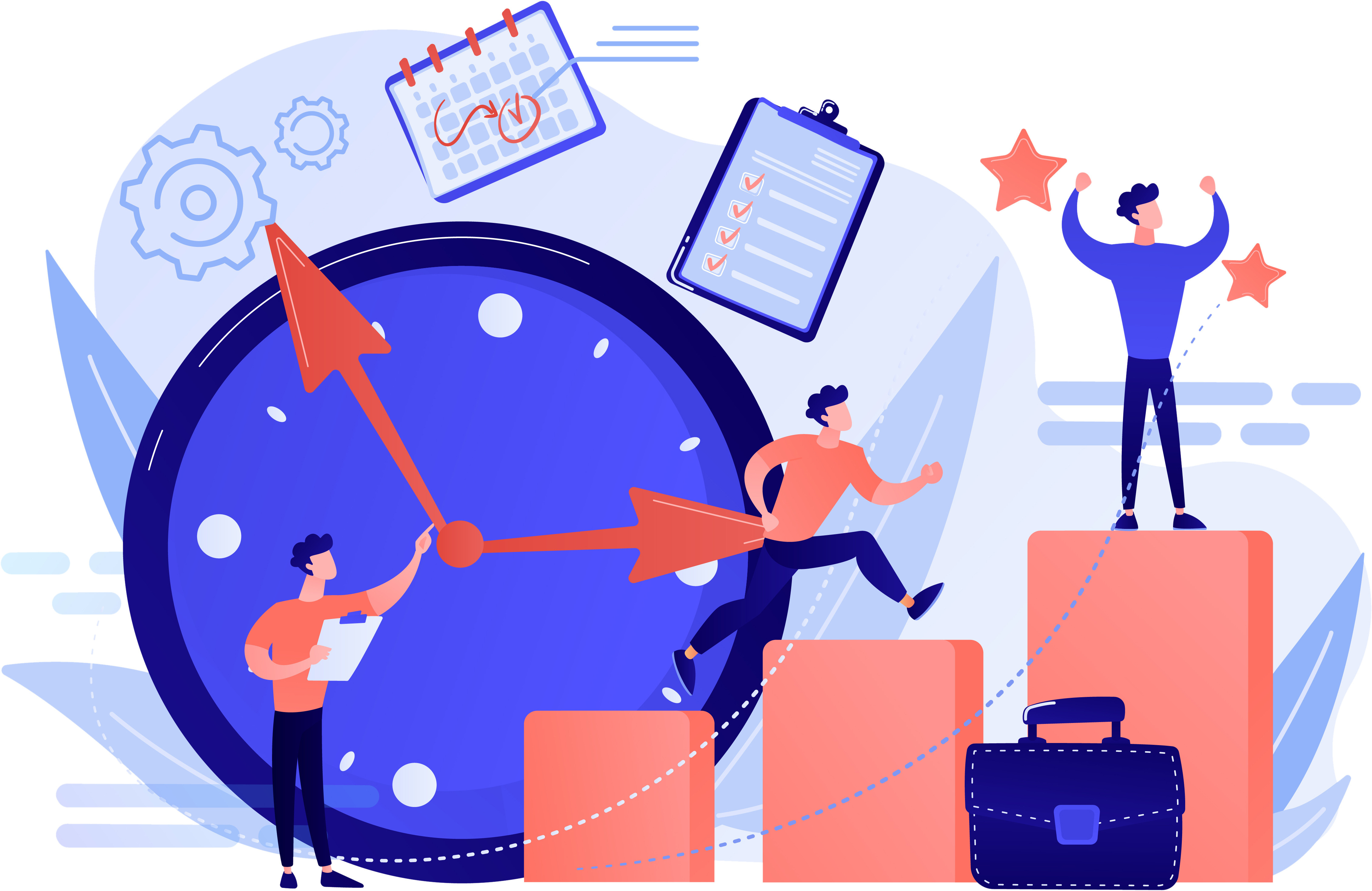 I would like to start with the touching words of Frederick William Robertson: “It is not the number of books you read, nor the variety of sermons you hear, nor the amount of religious conversations that you mix into, but it is ‘is the frequency and the seriousness with which you meditate on these things until the truth in them becomes yours and becomes part of your being, which ensures your growth ”. The nature and function of edification is not limited only to the acquisition of knowledge, the management of knowledge and the application of knowledge under the influence of the mind and the brain; it is, or must be, rather an endless course of spiritual transformation and refinement of human beings.

During the twilight phase of the twentieth century and at the dawn of the new millennium, the world has undergone an unprecedented process of revolutionary changes and transformations concerning all areas of life, in general, and in the field of technology. and education, in particular. Nonetheless, the whole of global society, and in particular the Third World, suffers from an ever increasing number of young people and adolescents facing various types of socio-psychological, emotional and behavioral problems such as depression, aggression, insurgency and, above all, frustration. A manifest decline in adherence to moral values, social norms, human principles and ethical relationships among the flourishing generations speaks volumes about the reasons for the increasing crime rate in society. The most suicidal cases are reported in regions with the highest socio-economic development, the highest literacy rate, the most educated and skilled workforce and, most importantly, the levels of education. most advanced technology and industrialization.

The last century, the most modern and the most progressive, is marred by the anomalous and unleashed developments of globalization, mechanization and industrialization: the deadly world wars for the unjust taking of economic resources and the training of the humanity in the quagmire of materialism, and the fierce competition for survival added dirt to it: the final nail in the coffin of humanism was the bloody battles between the two mutually divergent evils —- capitalism and socialism. The successive decades were to be the phase of melancholy, nihilism, agnosticism and distress and have pushed contemporary generations to the question of individual survival at the cost of socio-humanist degradation. The fear of the reappearance of adversity and calamities consumed the soul from within and slaughtered faith in redemption, belief in peace and humility, and interest in mystical and meditative learning.

So the thirst for truth, knowledge and wisdom was washed away by the bloody thirst for impassive but bodily survival, and spiritualism was devoured by existentialism. As a result, with the reactionary and over-enthusiastic reconstruction and redevelopment campaign, science, technology, management, business and commerce education has taken the wheel and classical and medieval teachings have been thrown into oblivion. The sharp decline in the tendency to opt for the arts, literature, humanities and social sciences for higher education is more than obvious to perceive the gravity of the situation. The classic prestige of pure and intrinsic fine art was eclipsed by the brilliance of graphic arts aimed at commercial enterprise and glamor.

Rightly so, under the heavy burden of an excessive thirst for modernization, greed and mechanization, we have sacrificed the essential spirit and the fundamental purpose of education on the altar of an academic and formal education which rests mainly on the concept of pragmatism and the notion of acquiring professional knowledge and a keen sense of the profession which can lead to business achievement and triumph. Human beings, crown of creatures and conquerors of the universe, were never meant to live a mundane life in one dimension —– the physical dimension —- like other living creatures. There is a “general consensus that humans are spiritual beings who seek to make sense of life and their experiences.” Formerly speaking, the concept of teaching and learning tended rather towards the holistic transformation of learners in a positive and refined way by allowing them to seek and grasp logic, truth and spiritual refinement, at the initial stage. The development of vocational and vocational skills was part of the secondary phase of training and was more of a on-the-job activity than an academic issue. Over time, things apparently continued to revolutionize, but in reality they worsened and deteriorated, and international society has now landed on a planet of socio-cultural chaos. It reminds me of Henry Kravis’ very precious words: “If you don’t have integrity, you have nothing. You can’t buy it. You can have all the money in the world, but if you’re not a moral and ethical person, you really don’t have anything.

Unfortunately, in the contemporary paradigm of corporate culture and the world order of multinational corporations and economics, the interpretation of education and societal growth has been sinfully linked to art and the ability to achieve maximum financial and monetary achievements. Terms like “Career Development”, “Practical Wisdom”, “Motivational Training”, “Learning the Art of Success”, “Mastering Business Management”, “Acquiring Marketing Strategies” and many more are exploited to promote Machiavellianism which teaches the sheer abuse of humanity and ethics in order to forge a path to wealth, fame, status, rank and power, and qualifies this approach as pragmatism and wisdom. Here I have to clarify one thing that I have never been against vocational and vocational education and I have firm faith in the concept that the growing economic problems of modern societies can only be overcome by making sure that the maximum of the population be qualified and trained to earn a living in dignity. and honesty and, thus, contribute to the socio-national economic pool and to progress.

Philosophical interpretations of education and rational debates about the nature and learning process of a young child date back to 500-1000 BC with ancient Greece as the center. The most important and historically authenticated versions of these theories are those which were proposed by later scholars, Socrates, Plato and Aristotle and their academic views on education, with all mutual agreements and disagreements, were anchored in their broader metaphysics, epistemology, ethics. , and political theories. In the comparatively medieval and modern ages, we can turn to big names like Imam Ghazali, Rousseau, John Dewey, and others for further advice. It is remarkably deplorable and overwhelming to perceive that contemporary problems and their resolutions, to a large extent, have already been deliberately meticulously and expansively by these seasoned researchers and scholars long ago. However, the modern world, although it has been tirelessly busy exploring new perspectives to facilitate the learning and training of students in accordance with the socio-ethical and compassion-centered world order, has failed to put implementing such perpetually beneficial philosophies in this regard.

Given our unique religious ideology, socio-moral doctrines, and code of ethics, we can safely use Imam Ghazali’s model of first helping a student to know the reasoning behind creation and the relationship between creation and creator, then enables him to differentiate between evil and virtue, and ultimately teaches him to be a professionally and personally effective unit of society, without exceeding his limits with regard to socio-moral values ​​and religious commandments. The ability to be successful, wise and prosperous in worldly existence is a possible by-product of religious training and spiritual growth and this very individualistic blessing will surely be reflected throughout society. Ghazali emphasizes “inner science with outer science” and advises teachers to express and share their intuitive and spiritual experiences and ideas with their students without any hesitation or delay, as this is an integral part of their teaching. tutoring responsibility. Here I have to quote Western theorist Andrew Linzey who is of the opinion: “Moral education, as I understand it, is not about instilling obedience to the law or cultivating self-virtue, it is. rather, it is about finding in us an ever increasing sense of the value of creation. It’s about how we can develop and deepen our intuitive sense of beauty and creativity ”.

Like Imam Ghazali, so many gigantic scholars and intellectuals, from various religious backgrounds, in Western countries and other parts of the world, have emphasized the religious and spiritual aspects of education, citing references to holy books. Among more recent researchers, Dirkx believes that “brain-based” theories and the concept of “emotional intelligence” suggest that emotions and feelings are deeply linked to the perception and processing of information from our external environments, the storage and retrieval of information in memory, reasoning, and the embodiment of learning. Only a psychologically and emotionally balanced person, with the quest for enlightenment and growth, a vision for the future and a mission for the world around them, can prove to be a capable learner and, most importantly, a good contributor to society in return.

To conclude, to be more precise, we can take the example of aptitude tests which are carried out before finalizing students for admission into diversified academic disciplines or choosing the right candidates for certain professional and professional responsibilities. Then we organize their professional training workshops to finish them according to the specific requirement or model because we believe that not every field of work and every grade or position is suitable for everyone. In a broader spectrum, this is the absolute and essential prerequisite for preparing a child to be an honest, conscientious and trustworthy citizen of society before imparting technical training and higher education for goals and commitments. specific because without reaching a certain pedestal, platform or foundation, it will certainly fall if exposed to the following steps. The world has witnessed this genius, shrewd, nerdy and artisan comrades, devoid of moral education and ethical refinement, wreak havoc with mankind and civilizations when the evil genius goes. Blunders and depravities are always committed by the expertise sitting in the upper chambers of authority and domination: the laity have access only to human errors and small-scale deviations.

(The writer is an educator, author and analyst, can be contacted at [email protected])