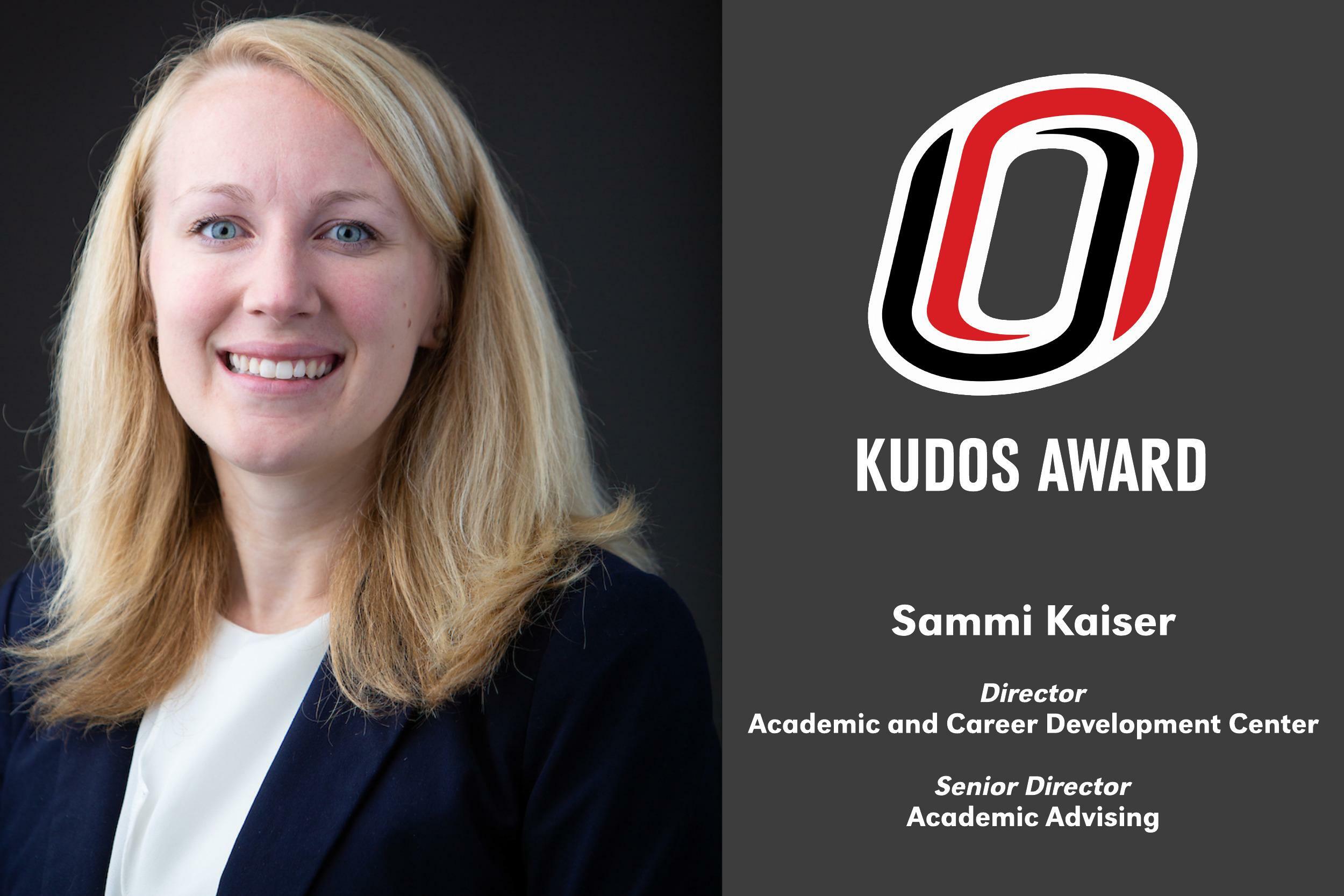 The Nebraska Board of Regents recently presented a KUDOS Award to Sammi Kaiser, Director of the UNO Academic & Career Development Center and Senior Director of the Academic Council, at its meeting on Friday, October 8.

Through her tireless work and push for inclusiveness, Kaiser has gone beyond the responsibilities of her role; she encouraged better communication and took on additional responsibilities with enthusiasm.

In her appointment, Kaiser was described as someone who worked to involve everyone she works with in the creation of the UN Counseling Ladder, which enables professional counselors to further their counseling careers. in different colleges. She led and organized a small committee focused on identifying best practices for a promotion ladder and facilitated the adoption of a promotion ladder. With her continued dedication, she has made the United Nations a leader among higher education institutions in this regard.

During the pandemic, Kaiser has also worked to bring continuity to student counseling across the UN, which, even without a pandemic, is a huge responsibility. However, with her ability to build trust in the advisor community, she was able to create a more unified experience on campus.

With his creation of the Advisory Lead Council, Kaiser has also brought people together. The council, which connects consulting leaders from different departments to share information and solve problems, connects academic affairs and student success initiatives with advisors in contact with students.

His skills as a leader show in his inclusiveness. She worked tirelessly to include everyone in the decision making. In every role she works in, she makes sure that obstacles are preventing achieving the desired outcome for everyone, even contacting people after meetings if she’s not sure a certain issue has gone wrong. managed. She constantly supports others and offers an ear to those who may need it and strives to create spaces where leaders can feel safe during difficult conversations to resolve various issues.

“Sammi is a real maverick. She is strong, resilient, and leads with an aura of optimism. Sammi envisions a better future for everyone she meets, ”says her proponent. “She leads with optimistic leadership and illuminates the maverick spirit in all of us.”

Nominations for the KUDOS Awards

The University of Nebraska’s KUDOS Award recognizes the accomplishments of outstanding employees and is presented six times per year at NU board meetings.

Is there an employee you think deserves the KUDOS award? Name them today with the new People Are Everything software.