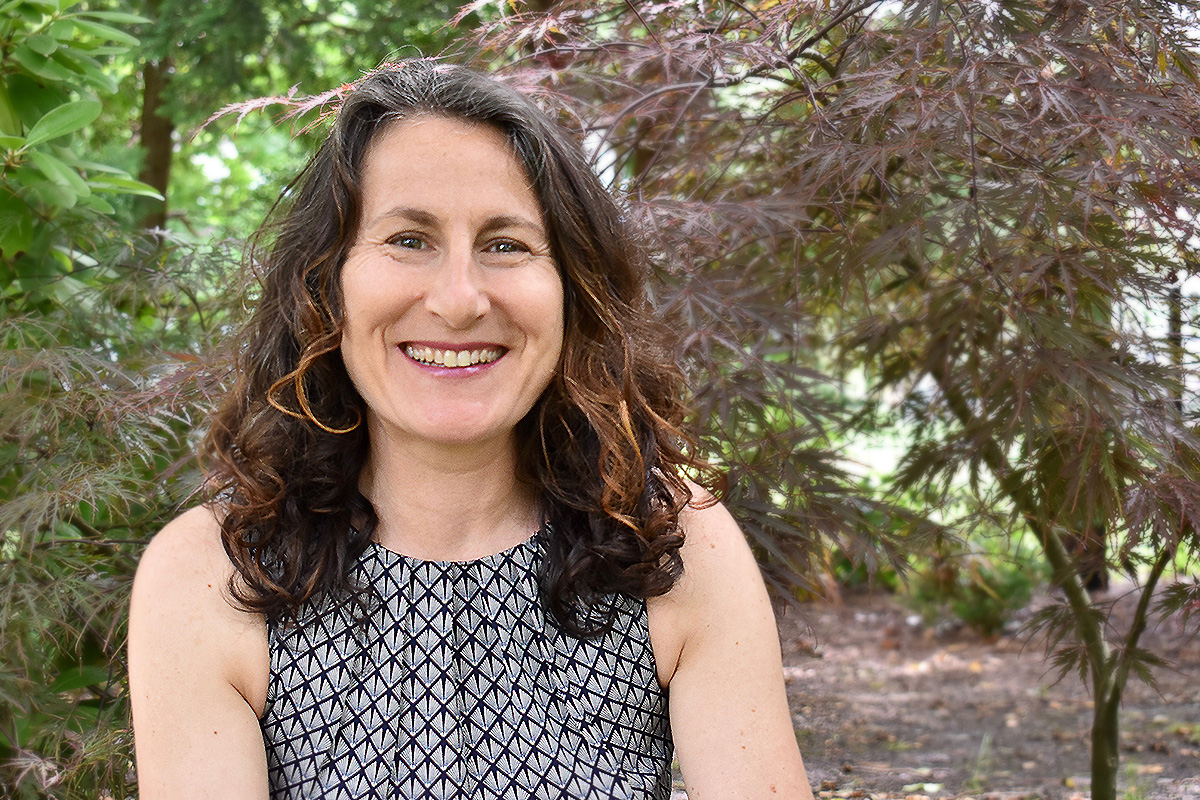 CHAMPAIGN, Ill. – ‘Rare Stuff’, Brett Ashley Kaplan’s debut novel, tells the story of a girl searching for answers to her mother’s disappearance, as well as a magical realism tale of Yiddish-speaking whales trying to rescue the planet.

The subjects of the novel may seem far removed from the scholarly work of Kaplan, professor of comparative and world literature at the University of Illinois at Urbana-Champaign and director of the Initiative in Holocaust, Genocide, and Memory Studies. But the novel’s themes of Jewish identity and loss and its literary references are tied to Kaplan’s research interests.

“A lot of traces of my Jewish scholarship are in the novel. My scholarly work is influenced by stories of loss and issues of genocide and the story of the demise of Yiddish, which itself is about both assimilation and Nazi genocide,” Kaplan said.

The book opens with an image of loss, with main character Sid spreading his father’s ashes into Lake Michigan and reciting the Jewish prayer for the dead.

“The idea of ​​loss is very central to the book. It’s really a book about mourning and a book about love. Through the process of grieving his father and trying to come to terms with what happened with his mother, Sid is rekindling his relationship with his boyfriend, André,” Kaplan said.

“Rare Stuff” is published by Spuyten Duyvil and will be released on August 1. It is available now for pre-order.

To modify embedded media in the Files tab and reinsert it if necessary.

“Rare Stuff” presents a novel within a novel – an eco-fiction work that tells the story of whales. Kaplan said Emeritus Professor of English Richard Powers’ Pulitzer Prize-winning novel “The Overstory” influenced her in creating non-human characters.

“The whales in my novel become characters in their own right. They have names, they speak Yiddish, and they try to impress on humans that we need to do a better job of taking care of the planet,” Kaplan said.

She donates proceeds from the novel to Whale and Dolphin Conservation.

In “Rare Stuff”, the story of the whale is a fantasy constructed by Sid’s father, Aaron, a Jewish American novelist, to deal with the disappearance of his wife 18 years earlier. He imagines Sid’s mother – who was obsessed with whales – adopted by the creatures and living in an underwater world. Upon his death, Aaron leaves behind the manuscript of the story and a suitcase full of clues to what happened to his wife. As Sid and André follow the clues, they discover Sid’s parents and discover that his father was far more complex and interesting than Sid knew.

The novel also details Sid’s journey to overcome the trauma of losing his mother and being able to have a relationship with André.

The character of André is a scholar of Herman Melville, and through his character and that of the novelist Aaron, Kaplan incorporated literary references into his novel. The first line of the novel – “Call me Sid” – is a riff on “Moby-Dick”.

The novel has many narrators and different writing styles depending on which voice is speaking, Kaplan said.

“There are melancholic aspects but also a tremendous amount of hope, playfulness and love,” she said.

Kaplan is the author of three non-fiction books on topics related to the Holocaust and Jewish-American literature. She said she had wanted to write fiction for a long time and was awarded a second-discipline scholarship through the College of Liberal Arts and Sciences, which allows faculty members to free up time to study in an area separate from their own expertise. Kaplan used her scholarship to study creative writing and refine a draft of the novel.

“I learned a lot about the art of writing. I was able to go from 20 years of academic writing to my first foray into fiction,” she said.