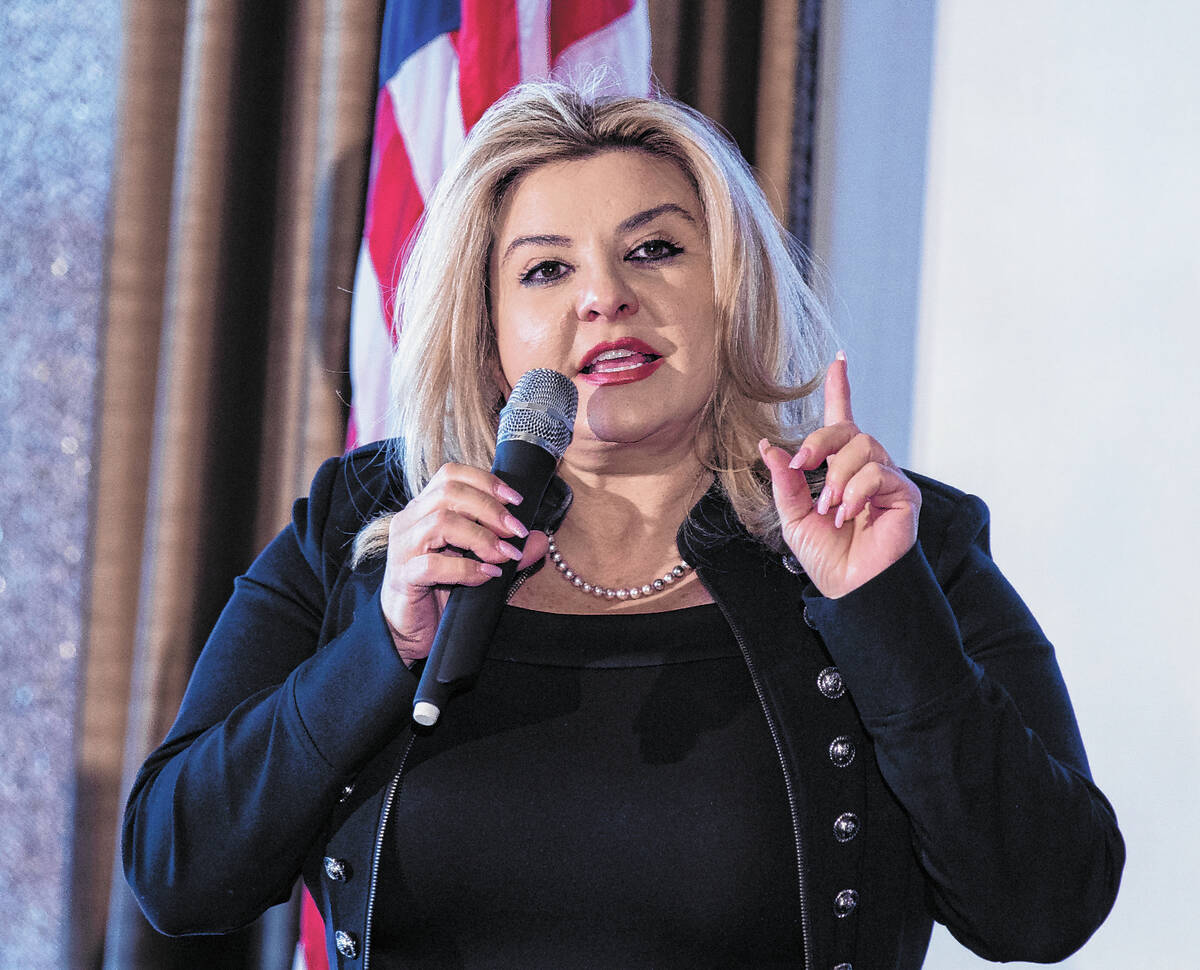 Fiore was driving a 2020 BMW westbound on West Centennial Parkway around 9:15 p.m. Monday, when she failed to “maintain a single lane of traffic” and collided with an oncoming 2014 Chevrolet Impala. is on Centennial and was turning left into an apartment complex near the intersection with North Tenaya Way, according to a crash report from the Metropolitan Police Department.

Airbags were deployed in both cars and a woman driving the Chevrolet was not wearing a seatbelt. The report redacted the name of the other driver.

Fiore, a candidate for state treasurer, was taken to University Medical Center where she was treated for a concussion and multiple broken bones, according to campaign spokesman Steve Walsh. She was discharged from the hospital Tuesday morning.

Fiore told UMC police that she did not change lanes and was not distracted before the collision, according to the report.

Both drivers were cited.