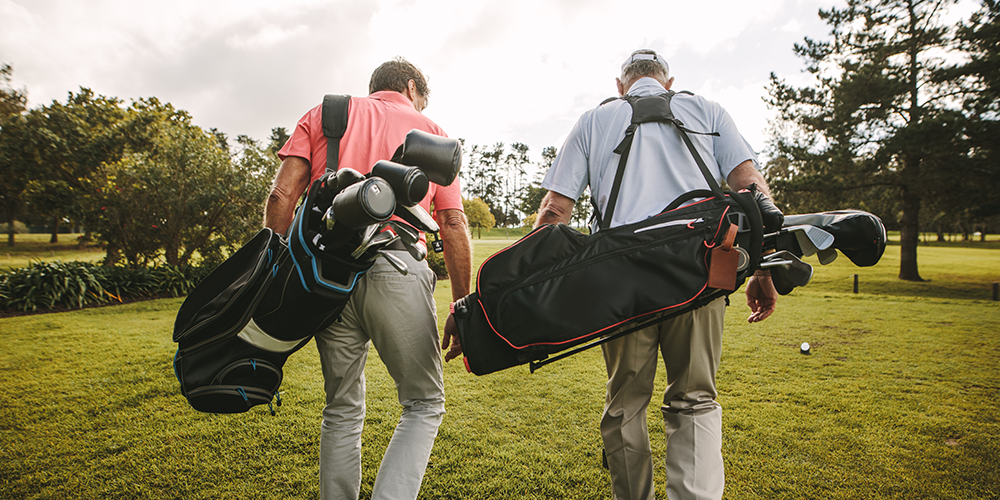 Women have been entering academic medicine at about the same rate as men for decades, but very few women reach the highest levels of leadership. For example, in April 2022, of the 71 U.S. cancer centers designated by the National Cancer Institute, only seven are led by women. In 2018, women made up 16% of medical school deans, 18% of department heads, and 25% of full professors. To date, women are even less likely than men to become associate or full professors of medicine or to be appointed heads of university medical departments – and this gender gap has not narrowed over the years. weather.

I’m a cancer researcher, physician, and surgeon, and I also study gender inequality in medicine. In my most recent research, I interviewed over 100 people in medicine to better understand why women struggle to advance in academic medicine. From this work, an important reason seems to be that women are systematically excluded from important male-dominated networking activities, particularly golf.

Men mentioned watching or playing sports as a common networking activity that women did not frequently participate in.

The effects of these social connections can be very tangible. Sales research has shown that women who network through golf make more sales of significantly higher value than women who don’t play golf.

In my recent study, I wanted to see what kinds of activities are important for networking in research-based medical institutions – and whether women were excluded.

To do this, I conducted interviews with 52 female and 52 male faculty members at 16 academic medical centers across the United States in 2019. The people I spoke with had varying levels of education and similar years of professional experience, as well as similar career goals and ambitions for advancement. and management. I asked each interviewee questions such as “How do people come to take up leadership positions in your institution? and “How did your gender play a role in your experiences in academic medicine?”

Both men and women cited ‘networking’ and specifically the ‘boys club’ – which excludes women – as important factors in career advancement.

Almost all of those surveyed – 51 of 52 men and 50 of 52 women – saw networking as essential to career advancement. Despite the fact that the interview questions never used the term “boys club”, 73% of women and 42% of men mentioned this concept about themselves in interviews.

Women are notably absent from a number of informal networking activities. Of the 52 men interviewed, 30 mentioned watching or playing sports, five mentioned hunting or fishing, and five alluded to or mentioned strip clubs.

Almost everyone I spoke to said networking often happened while drinking in bars, and that too was gendered. A male department manager said, “I think about the bar in meetings. The important stuff – the intangible side of science – happens there, and I worry about a male bias in who gets a drink after the talks. Even when women join us, men may be more likely to pick them up after a few drinks rather than focus on their careers.

Of all the places where respondents said networking was important, none was more important than the golf course. Men — 29% — and women — 38% — described the golf course as a key place where relationships are formed.

As one male doctor put it, “Big decisions are made on the golf course.” These included a discussion of who should get resources or be nominated for prizes and awards. Another woman echoed this, but also pointed to the inequity, saying, “All powerful events here happen on the golf course. And it’s not like the men are ever going to let you into this quartet.

Some of the interview questions sought to explore how and why women were excluded from golf. As one male doctor explained, “We didn’t feel like we were actively excluding women, but I can tell you that if there was a female resident, she wouldn’t have been invited to the rounds of golf.

Many people I interviewed specifically mentioned another important aspect that sets golf apart from other networking activities – it is important for career progression as it is a way to gain access to those in power.

A senior medical researcher clearly explained the connection and how women are excluded from these activities. “I golf, I go fishing, and my golf buddies and my fishing buddies are men, because that’s how it’s done. It annoys my female colleagues, because I go fishing with the president and the vice-president, and they don’t. It gives me special access that they don’t have.

The women I spoke with were very aware of this access. In an interview, one woman said of a male executive she worked for: “Unless you play golf, you don’t get to see him.

Both men and women described the golf course as a place where important decisions are made and where younger people can have access to senior leaders.

The limits of female networking

Both men and women viewed informal social occasions as powerful tools for career advancement. Many studies in other fields support this idea.

Many women in the study described women’s efforts to compensate for the lack of inclusive networking opportunities for women.

A few of the women I interviewed described semi-formal networks they were part of, such as the Executive Leadership in Academic Medicine alumni group. Others mentioned cases where female colleagues contacted them with crucial information on salary negotiations or coached them for interviews for management positions. Finally, many shared experiences of informal networks around childcare and family issues.

While these female-led networks were ways to share information and provided some professional support, they lacked a key aspect present in many male groups: well-placed senior colleagues who could play a role in advancing the career of more junior people. Because so few women hold leadership positions today, there are inherent limits to what women-led networks can accomplish, and women’s careers suffer.

Many women in academic medicine are fully qualified to enter the highest levels, but they are not proportionally represented. My research shows that exclusion from networking opportunities is one of the reasons.

This article is republished from The Conversation under a Creative Commons license. Read the original article.