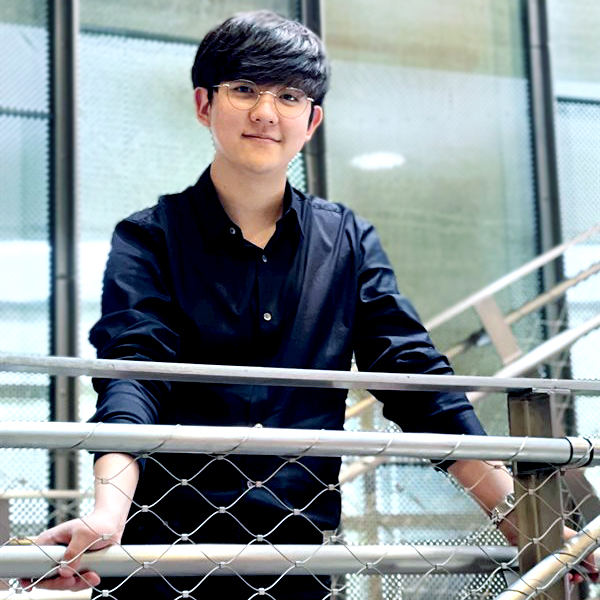 In 2018, undergraduate student Jaewook Lee decided to come to Illinois Computer Science from his home in California for a specific reason.

Not only was he already planning to fit into the research community here, Lee also wanted to take full advantage of all that the Urbana-Champaign community at the University of Illinois had to offer his research aspirations. of technology.

Thus, before entering the research scene, he completed summer internships at the Research Park in Illinois. Then he looked for entrepreneurial opportunities, to work with student-led startups.

With that experience under his belt, he began working on undergraduate research projects with Illinois computer science professors Alex Kirlik and Brian Bailey. Over the years, Lee has translated the lessons and experience here into collaborative relationships with researchers at Carnegie Mellon University, the University of Michigan, and UCLA.

As he graduates in May, Lee is also expected to begin his PhD with Professor Jon Froehlich at the University of Washington’s Makeability Lab. There he will begin with research funding from the NSF Graduate Research Fellowship program which he recently obtained.

Lee’s growth through his undergraduate experience here has led to research, because of the way he motivates himself and because of the encouragement others have offered him along the way.

“My whole process started with a question I asked myself: how can I have an impact through IT? I wanted, from the beginning, to have an impact on individual users. For me, the best way to do that was to do some research,” Lee said. “Doing internships and working with startups was really rewarding, but I found working on existing apps and adding features was less impactful than conduct a research project.

“That’s because computer science research is designed to advance science and gives you so much freedom to pursue your ambitions.”

When Lee started studying CS, he came with an admiration and interest in virtual and augmented reality as an enthusiastic gamer.

The more he worked, studied and began to engage in research, the more his thoughts widened. Lee quickly researched the concepts of machine learning and data science. More recently, he has tackled topics such as extended reality, context-aware computing, and ubiquitous computing.

The first project that resulted in a paper he co-authored was titled “Measuring Compplacency in Humans Interacting with Autonomous Agents in a Multi-Agent System” and was published in 2020.

A year later, Lee was the first author listed on an article titled “What is it? A voice and touch multimodal approach to ambiguity resolution in voice assistants. »

For mentors like Bailey, it was rare to see an undergraduate student so gracefully insert himself into research at an early stage in his academic career.

“Jae quickly became an essential member of our research team. He helped design and implement a feedback visualization tool and helped us deploy and study the tool as part of a design-by-project course. Jae always found time for research,” Bailey said.

During this time, Lee was also developing the skills needed to succeed in research.

He learned how difficult and rigorous academic writing could be, having heavily edited drafts first. However, through repetition and working with experienced researchers, he and his instructors were able to see improvements.

“At that point, when I realized I was going to be the first writer and lead writer, I really felt like it was as daunting as everyone thinks it is,” Lee said. “The benefit is that the more you write, the more you learn. Whether it’s me working with multiple advisors and across different disciplines, or someone working more closely with one person, the bottom line is that you learn what’s needed in writing and how to improve.

“It can be scary, but don’t be scared. Others are there to help you and they know you are an undergrad. It quickly becomes so rewarding. »

Already, Lee said his next PhD effort aspires to answer the question, “How can we design more personalized mobile technologies and software that can better help every user in their daily lives?”

His goal through this work, which he is currently doing, is to enter industrial research after his PhD experience.

This belief was reinforced over the past year by a project involving Eyal Ofek of Microsoft Research, principal investigator of the Extended Perception Interaction and Cognition (EPIC) team at the Microsoft Research Lab.

“The moment I found out that Dr. Ofek would be working with me was one of the best days of my life,” Lee said. “Through this experience, I began to think that I would most like to enter industrial research through my PhD efforts.”

Additionally, Lee worked on a collaborative project with Bailey and Joy Kim of Adobe Research. Together, they conducted a field study using “Decipher,” a tool that makes it easier to understand large sets of feedback. The system was deployed in one of Bailey’s classes, after which the group observed how students interacted with the tool and submitted those observations as a document.

Lee sees these two experiences as essential to his increased interest in industrial research.

“I could not have gotten to this point, however, without the guidance of people like Professor Bailey and Professor Kirlik here at UIUC. The experience I gained here as an undergraduate student gave me the knowledge I need to succeed in the field in the future,” Lee said.