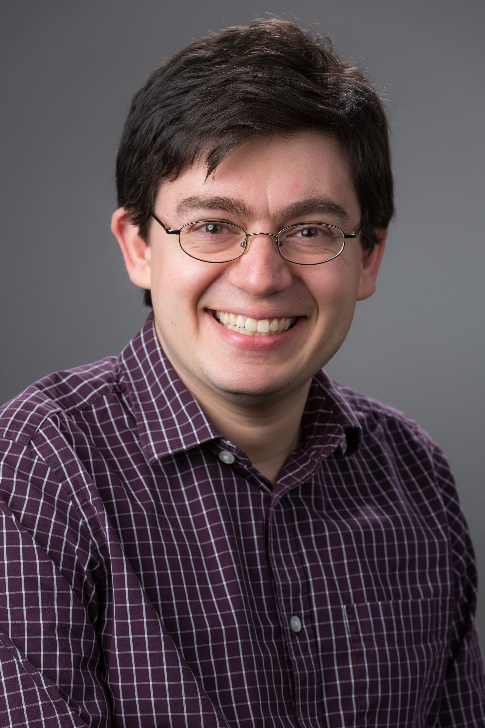 When I think of crossword puzzles, I think of the young and old gathered around a sofa, scribbling on a freshly arrived newspaper on a clear Sunday morning. When I think of math, I think of passionate teachers covered in chalk dust after a hard day’s work carving complicated Greek symbols and numbers onto a huge blackboard. These two visions had always been comfortably separated from each other (disjoint sets, If you want) – up to I met Dr Adam Levine.

Levine is an associate professor in Duke’s Department of Mathematics who studies topology, surfaces, nodes, and low-dimensional manifolds, using what is known as the Heegaard Floer homology. But aside from his incredible passion for his field, numerous grants, and twirling research interests, Levine has one achievement that sets him apart.

He published a crossword puzzle in the New York Times on September 25!

In our Zoom conversation, Levine was bright, cheerful, and incredibly excited to talk about his unique love for crosswords and how he kept his hobby alive even under the pressures of college life. As a teenager, he enjoyed working on puzzles like Scrabble, playing with words and etymology, and of course, crosswords. As he grew older, he continued to be fascinated by words.

As an undergraduate student taking a life history course at Harvard, Levine discovered the impact site of the asteroid that wiped out dinosaurs, Chicxulub Crater. His first thought was, “That’s a fantastic word, which would make the perfect crossword puzzle!” His fascination with the word would stay alive for years to come, until it became the main entry (the word that anchors the puzzle) for his first crossword to appear in the Times. His love for puns through the years is clear, from a self-composed song about Heegaard Floer’s homology, to a sonnet summary of his doctoral thesis.

Levine continued to solve puzzles by earning his multiple graduate degrees in math and began posting his own puzzles a few years ago on his aptly named blog – Knotty Grids. Crosswords have been a fun and necessary hobby for him – a way to relax or distract from his college work. He thinks this is an important example to give to undergraduates who hope to pursue a career in mathematics – to show them that it is possible to be “full human beings” and have passions. diverse and unique time, interests and life outside of your research.

Levine often intertwines puzzles with his main interest. Some of his puzzles are “themed” – with “Tying Up Loose Ends” built around topological concepts, and the math-y “Indivisible” that was published in Mathematical Intelligence. His personal favorites, however, dive into the meta-puzzle genre with “The Queen’s Gambit” and “A Series of Unfortunate Events”.

When I spoke to him shortly after the NYT puzzle appeared, Levine was still visibly excited. He compared the journey of publishing puzzles to submitting his mathematical research to academic journals – tedious, long, and not very fast. After submitting the crossword to the newspaper over a year ago, he heard back from them earlier this year, when they started editing and working on the final publication.

As Levine spoke about the editing process, he brought up an issue close to his heart: the diversity in the puzzle world. Because most of the crossword puzzles were written by white males, the clues and answers are often geared toward what this demographic sees as common knowledge, and the minority and female creators have remained a very small voice. Erasure of their identities is common, and Levine recounted a first-hand experience. Her clue for “ROBIN” was “the first black woman to welcome Jeopardy”. But it was originally edited to be a reference to the bird.

Levine says he pushed back the parts of the puzzle that were important to him and that he was happy with the end result released.

He says he was amazed by the outpouring of support and kudos he received after the crossword was released. Her parents were “really thrilled”, her family were excited, and her colleagues were incredibly surprised to see her name printed (on non-academic paper). Sadly, the weekend the crossword was posted, his undergraduates were cramming for a semester scheduled for this Monday, which Levine says could be the reason some of his crossword fanatic students seem to have missed his great moment of glory.

The following week, I spoke to one of Levine’s academic advisers and other puzzle-enthusiastic Duke students, all of whom shared an initial shock and immediate joy in portraying the Blue Devil puzzle that this publication made its debut.

Although Levine has no plans to write another NYT puzzle, he continues to write for his personal blog. Hopefully his unique journey inspires students and faculty from different fields and backgrounds to contribute, create and participate, helping to make his dream of a diverse puzzle world a reality.

Message from Nidhi Srivaths, Class of 2024